uptake rate with agents after the first week

the response rate of the average online campaign

In 2017 Bay Area News Group, a long-time partner of iPublish Media Solutions, wanted to offer self-serve programmatic campaigns to real estate brokers and agents in order to compete with AdWerx and other digital companies. Thirty months later, the program has evolved to create a thriving new digital revenue stream, open up new relationships in the market and grew print revenue for the category. Digital revenue grew 24% year over year in 2018 and continues along a similar positive trajectory heading into Q4 2019. Here is how this successful partnership won back a franchise. 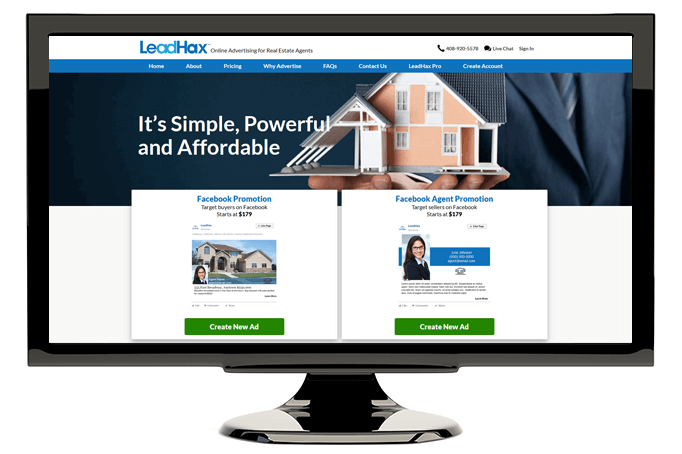 In 2017, when Bay Area News Group (BANG) started losing market share to AdWerx, a digital marketing firm that sold programmatic ads in addition to Zillow, Trulia and other platforms using a search-based model, they took action. Traditionally BANG sold their print ad products through the local national broker offices, but it became clear that agents themselves were buying directly on self-serve platforms.

An additional challenge was that these agents and brokers no longer even wanted to meet with the newspaper sales representatives or discuss print advertising. BANG determined they really needed their own all-digital self-serve solution that would appeal to agents as well as brokers. They knew they could leverage traffic and search authority, but felt they really needed was a programmatic solution to maximize reach to hyperlocal targets. They also wanted to create a new digital-first brand that would help them secure appointments more easily.

They turned to iPublish Media Solutions (formerly Wave2 Media Solutions), the leaders in self-serve advertising, to help develop a custom platform. iPublish had already installed AdPortal Real Estate, which automated the pagination and sales of real estate print ads worth millions in over 50 markets, and drastically reduced the labor cost, time and effort to produce their Open House section from hours to minutes. Then they were charged with building a solution to meet BANG´s key goal—a completely self-serve programmatic advertising solution for Real Estate that was simple, powerful and affordable with attractive margins.

BANG called the new brand LeadHax to express the core benefit: tech-smart delivery of leads for both home sales and listings. Rather than merely selling the newspaper´s owned and operated website audience, the platform relied on programmatic to populate the hyper-targeted demographic and geographic audience that agents demanded.

In the beginning, four campaign packages were offered. Agents first choose whether to advertise a home or their own listing services. An automated tool populates and builds three digital display ads with information from the MLS. Finally, the agents are asked to choose between a two-week or four-week campaign, type in a click thru URL, a zip code for where they want their ads geo-targeted, and then purchase.

The design is a simple point and click process, so they are finished in minutes. A lot of technology, however, is going on behind the scenes. First, the MLS data includes both listings from ListHub, an aggregator of nationwide MLS, and the local MLS that BANG accesses through different partnerships and agreements. AdPortal normalizes and aggregates all these data sources into a single hub so agents can quickly find the listing they’re looking for.

The integration with a powerful DSP, where campaigns are booked and launched, takes less than a minute to target an audience within a 15-mile radius of the listing location. The programmatic inventory is automatically purchased via real time bidding on multiple programmatic partners, utilizing 30 real estate data segments. As results come in for the campaigns, LeadHax emails the agent with a link to view the campaign results, as well as modify an existing campaign and/or reorder.

Early results showed that 70% of ads were served above the fold; with click-through rates approaching 1%. All of this revenue was new, most of it coming from agents and brokers who were not doing business with BANG at the time. In short, the new revenue stream created was beyond the scope of a newspaper’s mainstream products.

As the team at BANG grew their relationships with agents and brokers, they continually worked with iPublish to evolve the LeadHax platform to meet agents’ and brokers’ growing needs. Key improvements included seller retargeting. BANG identified that this feature was helping competitors secure more business, so iPublish added this as an automatic feature.

Today every LeadHax sale generates a retargeting pixel which is made available for placement on the Realtor´s website. The pixel re-targets website visitors with the ad, even when they are on their mobile phones and within a 15-mile radius of the agent’s office or listing address. The second major upgrade included adding Facebook targeted ad packages, a key request from real estate agents. Finally, BANG realized that the brokerages also wanted help differentiating themselves to attract more and better agents. So iPublish created LeadHax Pro Enterprise, a white-label version of LeadHax that brokerages can license. BANG created a strategy for the broker to pay for the first week of agent advertising for all new listings. LeadHax automatically emails the campaign results from the first week to the agent and asks if they would like to renew for four or eight weeks. The agent benefits from the first week of “free” advertising for every new listing, as well access to this turnkey marketing resource, which has become a significant differentiator in the fierce competition to recruit good agents. It also proved that agents were willing renew the existing ads so that they continue to run.

The uptake rate by agents after the first week of free advertising is 50%. Agents renew the packages for two main reasons:

One of the big surprises of the new digital only program is that print and O&O digital revenues from BANG’s other AdPortal Real Estate site went up as well. BANG has found that when a customer places a LeadHax order, they will likely purchase 2 additional ad products—another digital campaign, a social campaign, a print campaign. Each one buy lead to an average of 3 product sales. Since sales reps were able to secure appointments, they forged new and deeper relationships with their agents and brokers which drove multi-product sales.

“Once the meeting is secured, the team at BANG can share what amazing results, for a modest investment, print is able to drive; and they create top of mind awareness for the multiple newspaper brands who comprise Bay Area News Group.

Bay Area News Group is able to drive better results than AdWerx, because no one understands the local community better than newspaper. A faceless tech company won’t know the local market the way a newspaper does. When you combine local knowledge with tech—you get LeadHax. We anticipate the product will continue to evolve as the real estate ad market does.

One of the key benefits of working with iPublish Media Solutions is their ability to be nimble and quickly react to changing market conditions and needs.”

Want to learn more about ways to increase print and digital revenue and decrease costs in real estate and other verticals? Contact us today or call 508-366-6383 for more information or to see a demonstration.