If you’ve met James Allen, the low-key senior sales engineer at iPublish Media, you probably have no idea about his background.  James is both a veteran who jumped out of airplanes and a Dad who most recently converted an attic space into an air conditioned play-room for his ten-year old son.

James’ story begins in Virginia Beach where he grew up and as a teenager delivered newspapers on his bicycle for The Virginian-Pilot with his identical twin, John.

He and his twin loved being outside playing in the woods; so at age 18, they enlisted in the Army. James spent his first two years of military service jumping out of airplanes with the 82nd Airborne division in Fayetteville, NC before getting transferred to Monterey, CA where he completed his 4-year tour in the Spring of 1992. 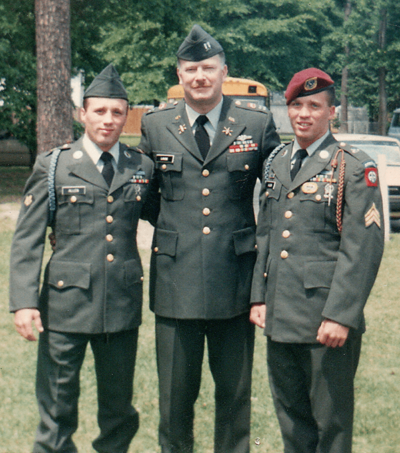 It was in California where James fell in love with graphic design and landed his first job at a small family-owned newspaper, the Tracy Press, as a graphic designer building real estate ads.  As fate would have it, he returned home to Virginia Beach and accepted an art director / product manager position for the Apartment Book owned and operated by Landmark Communications—the parent company for The Virginian-Pilot.  Over the course of his tenure at The Virginian-Pilot, James served advertising in numerous capacities, including: business systems analyst, design systems and performance manager, page design manager, and design team leader.

In 2007, as a business systems analyst, James answered the call of The Pilot’s new ad director, Kelly Warren-Till to launch the first self-serve retail ad portal, a novel idea at the time. After a failed attempt at building their own solution, James called on Brian Gorman, co-founder of then Wave2 Media Solutions to give a demo of iPublish AdPortal—an InDesign-based self-serve software platform. In the Spring of 2008 Brian and James were showcasing Pilot EzAds—the country’s first self-serve print display advertising platform powered by iPublish AdPortal—for all the industry trade publications including Editor & Publisher and News & Technology. Advertisers got the first DIY ad free, and self-serve program was an immediate hit.

“Hundreds of new customers were using our self-serve front-end software to place ads, and over time they kept coming back” and the total volume continued to grow. Kelly had the vision of arming the classified call center with the newly proven platform and was able to turn its focus to outside sales.

James was sold too, and in 2009 he went to work for Brian and the team at iPublish Media (then Wave2 Media) as the senior project manager responsible for managing the newly acquired enterprise contract for Gannett Media—which included self-serve AdPortals for Obits, Celebrations, Real Estate and Automotive in 90 markets across the U.S. 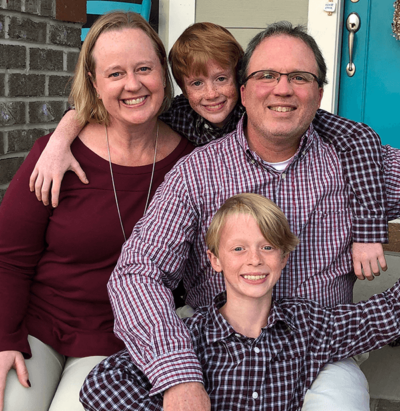 Along the way James had two sons of his own. Scottie, the oldest, aspires to become a world-class soccer player. He told dad at age four that he wanted to play in a World Cup. At age 9, he tried out and made the elite team for his age group for the North Carolina Football Club, in Raleigh. Last Fall, his coach called to say there was an Olympic Development Program he might qualify for. Now just 11, Scottie was accepted to the super-competitive program and made the state ODP team for North Carolina.

Last year, his youngest son, Connor, was feeling a little short-changed by having the smallest bedroom in their home, so James decided to convert an attic space off of his bedroom into a play-room.

James got rid of all the stored “junk” in the attic and got to work. Over the next ten months he put up the framing and insulation, ran the electrical and HVAC, hung and finished the drywall, and installed the padding, carpet and baseboards. “I enjoy rolling up my sleeves and creating solutions to problems. This is now Connor’s place, and is the envy of his older brother” he says.

It’s the same entrepreneurial spirit James brings as a solutions engineer to iPublish, where he serves two roles: As senior sales engineer, he accompanies all sales calls and demos for customers who are looking to grow revenue and lower operational costs. Because of his background in design, he also produces the website and marketing materials. “He’s the best designer we’ve had,” Gorman says. The whole team agrees.

“I had no formal training in digital or social media marketing. I just taught myself using Adobe’s core software for the past 28 years. I love finding innovative solutions for customers. When several customers asked if there was a way to bundle Facebook campaigns with print ads, I used InDesign to build a replica of a Facebook ad and added it to a print package. That technology is now used to automate the building of desktop and mobile News Feed ad campaigns served to Facebook and other channels through an API.

“One thing I appreciate about iPublish is that we listen to our customers and what they want. When they come to us and say “we need a solution for a problem, we step back and determine if the solution would benefit all of our customers. If the answer is yes, we build it.” 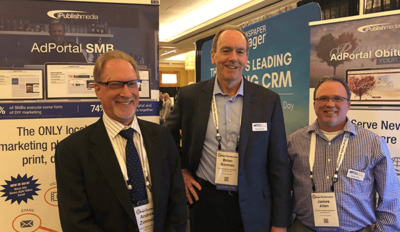 James had no idea when he took his first newspaper job as a real estate graphic designer 28 years ago that he would be working for the industry’s leader in self-serve advertising. “iPublish Media is a great company to work for. I’ve enjoyed coming in at the ground floor and being an active member of growing the company to what it is today. Our primary focus remains being the leader in creating self-serve publishing solutions that can help drive growth in revenue and reduce operational costs.